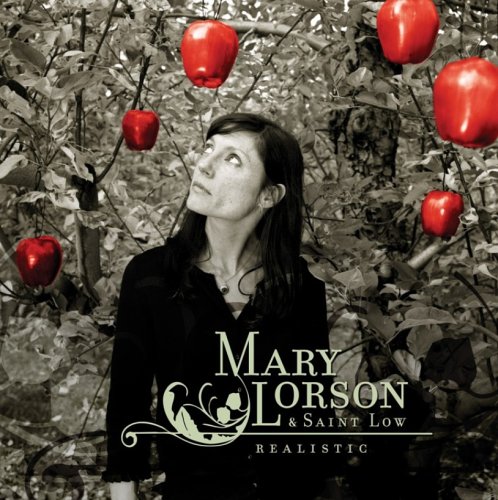 Singer/songwriter Mary Lorson is most known for her role in the indie rock outfit Madder Rose, the New York band she has fronted since 1990. In 1997, however, Lorson opted for a solo side, and three years later she assembled Saint Low and the band issued a self-titled release later that summer. Mary, a prolific songwriter, began working on her 8th release, Realistic, after the release of 2003's "Piano Creeps" a collection of atmospheric and evocative compositions penned with her partner Billy Cote. Whilst some of the songs on "Realistic" are inspired by the birth of their son Roman, quite a lot of the material was composed after Mary was diagnosed, and successfully treated, for breast cancer in Autumn 2003.

One of the albums most endearing qualities is its human warmth. Every word and every note is heartfelt, but it never enters the realm of self-pity. The songs are frequently uplifting, lyrically charming and flow with such sincerity that its impossible not to be touched by them.

"Life provided me with an abundance of material this time around," quips Mary. "Musically I wanted it to be warm and rich, with some real infectious pop elements." Lyrically, there are quite a few other influences at work. The album includes a song called Lonely Boy' which Mary wrote after the death of Elliot Smith, her favourite contemporary songwriter.

In addition to the attention Lorson receives from the still active Madder Rose fans, the last couple of years have also seen Marys songs receiving extra attention on TV and in films. Her music has been played on the shows Alias, Felicity, and The Real World, and is included in the upcoming Fox pilot Still Life.

The most amazing videos from the BBC

Solutions for a sustainable world

If Glasgow fails, then the whole thing fails - PM

UK
If Glasgow fails, then the whole thing fails - PM

More around the BBC

BBC in other languages